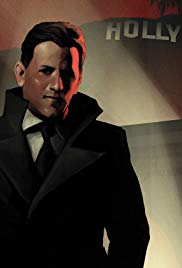 ​Over Here takes place in Hollywood just before the dark dawn of World War II. California’s richest heiress has just purchased fifty acres in Rustic Canyon from Will Rogers. She and her German immigrant boyfriend plan to build an extensive Nazi training compound on the property, under the cover story of building a film studio for their stupid B-movies.

But of course, the German’s orders don’t stop there. He is also ordered to infiltrate Hollywood, and, especially, to get close to Charlie Chaplin in order to suppress the anti-Nazi, anti-Hitler film, The Great Dictator. If Chaplin’s movie can not be stopped, then Chaplin must be eliminated.

But a sharp reporter with the Los Angeles Herald Examiner,while reporting on a party at Chaplin’s house to promote The Great Dictator, finds something odd about the German and the heiress when he meets them there, during a conversation with Will and Ginger Rogers about the real estate deal. Then a memory dawns on him from a story he wrote some time earlier.

This memory leads him to the hillside compound above Hollywood, where he’s found spying. He suffers a vicious beating punctuated by the first of many threats on his life. But without aid of the police and only the help of his smart and sexy secretary, our crack reporter takes on a virtual army of Nazis waiting for the day the Fatherland would be over here, in the United States.

And then the Japanese bombed Pearl Harbor. Our story ends the next day. 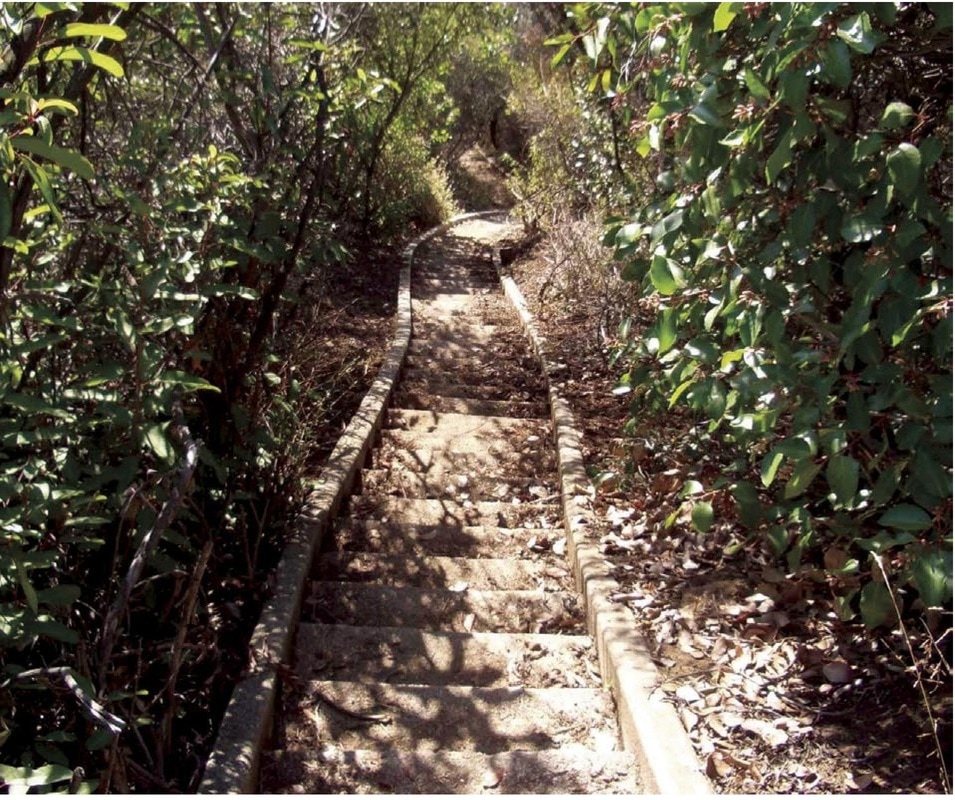 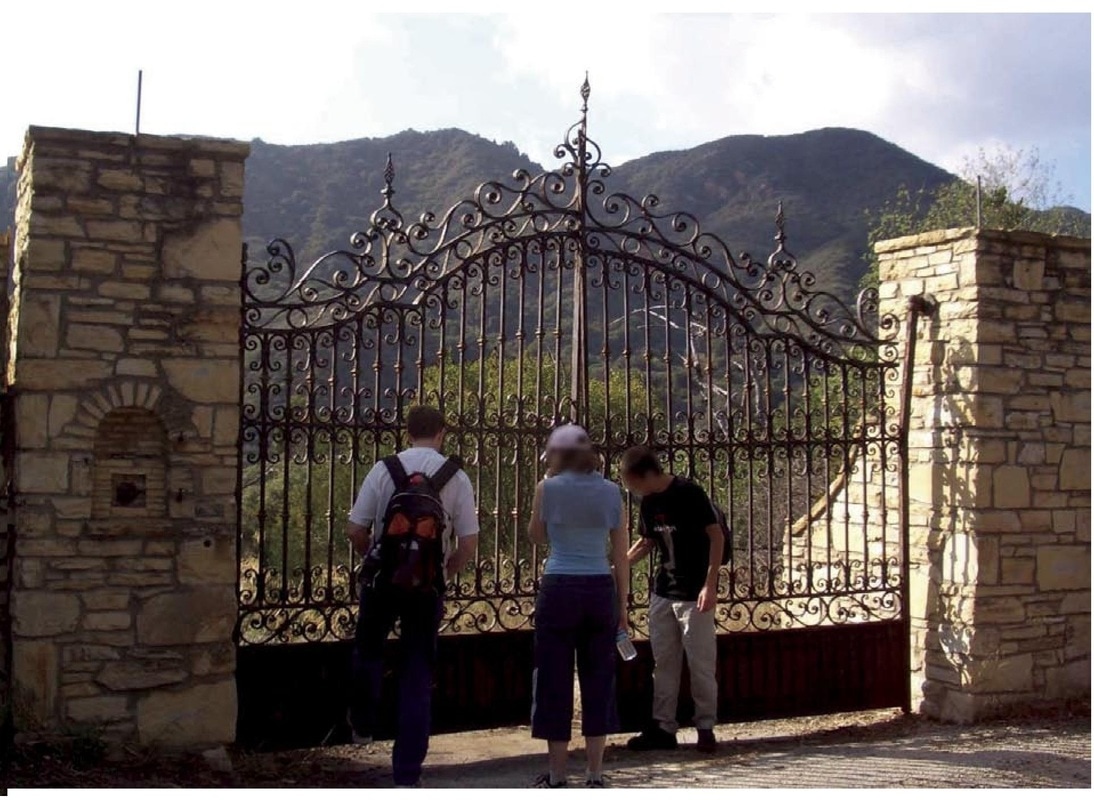 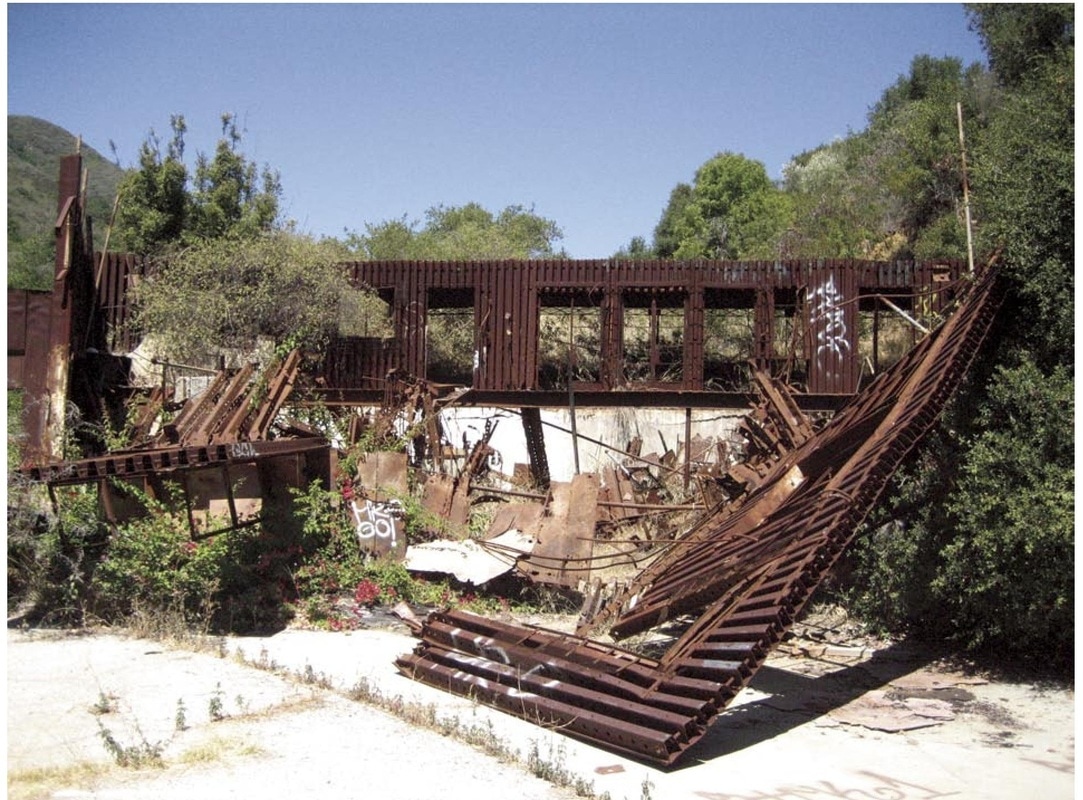 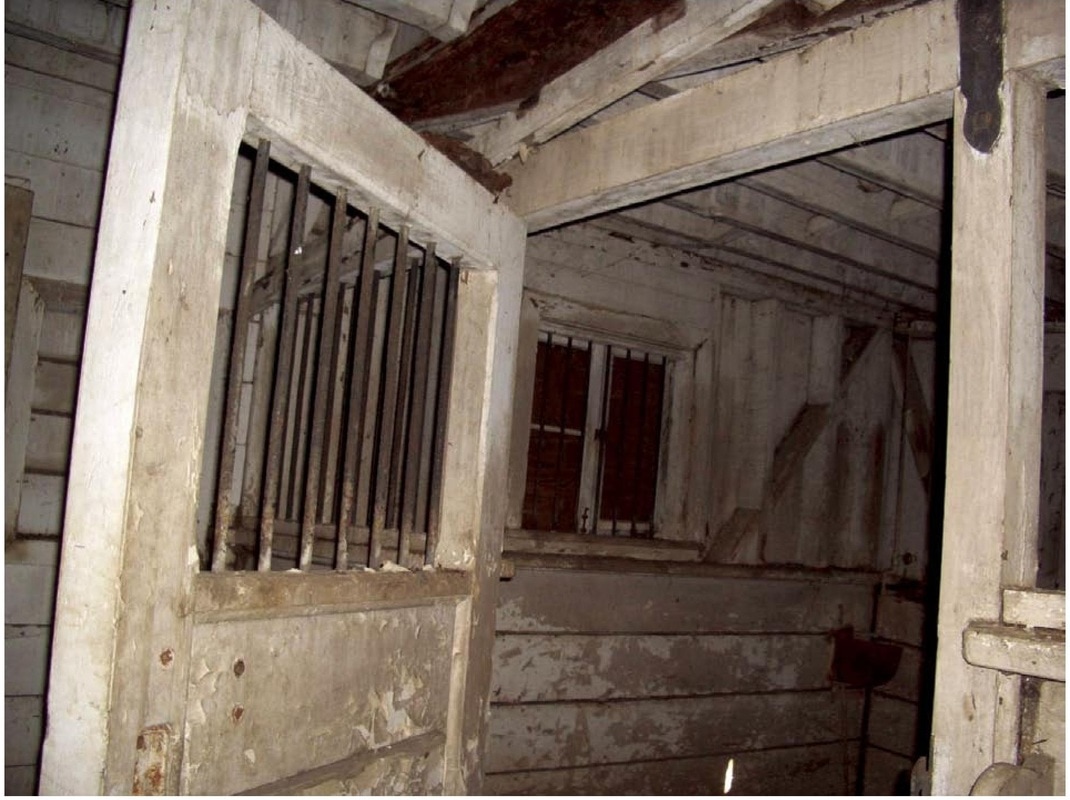 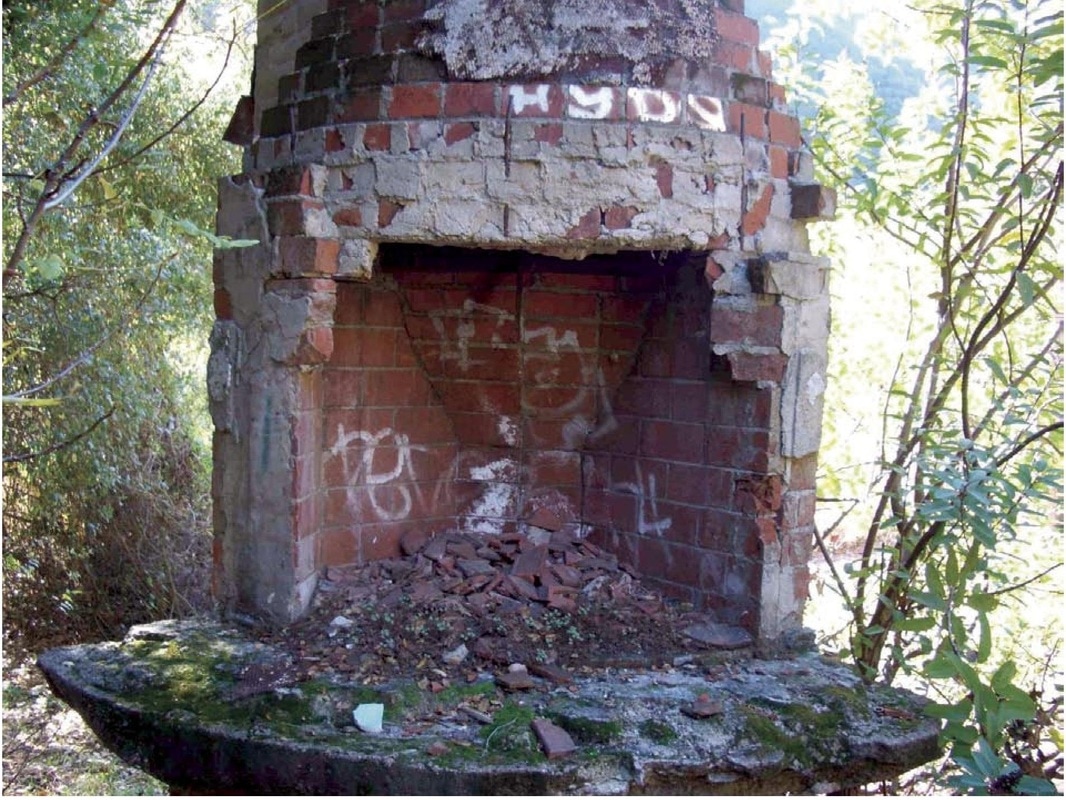 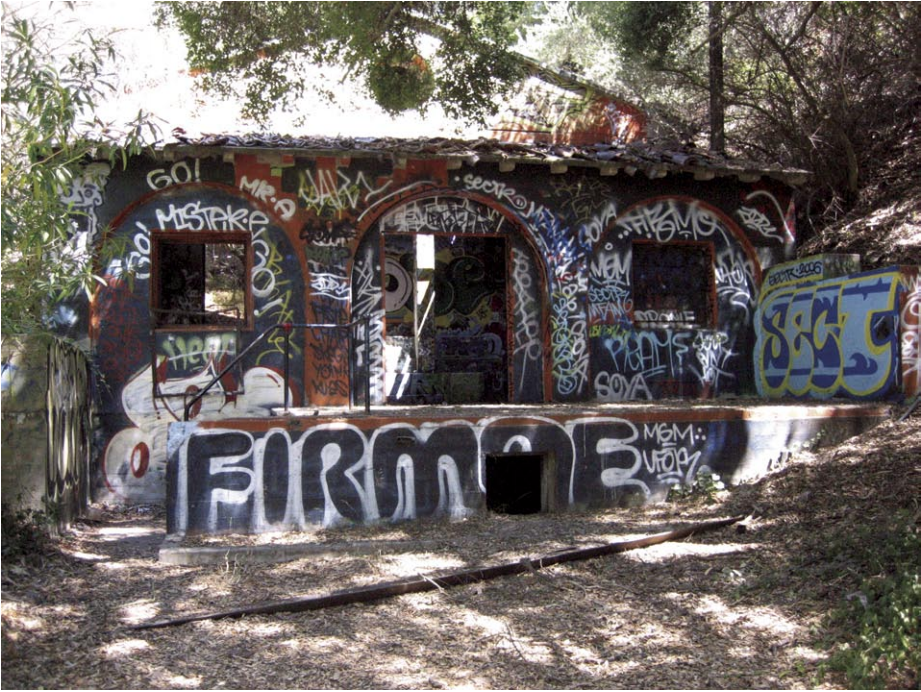 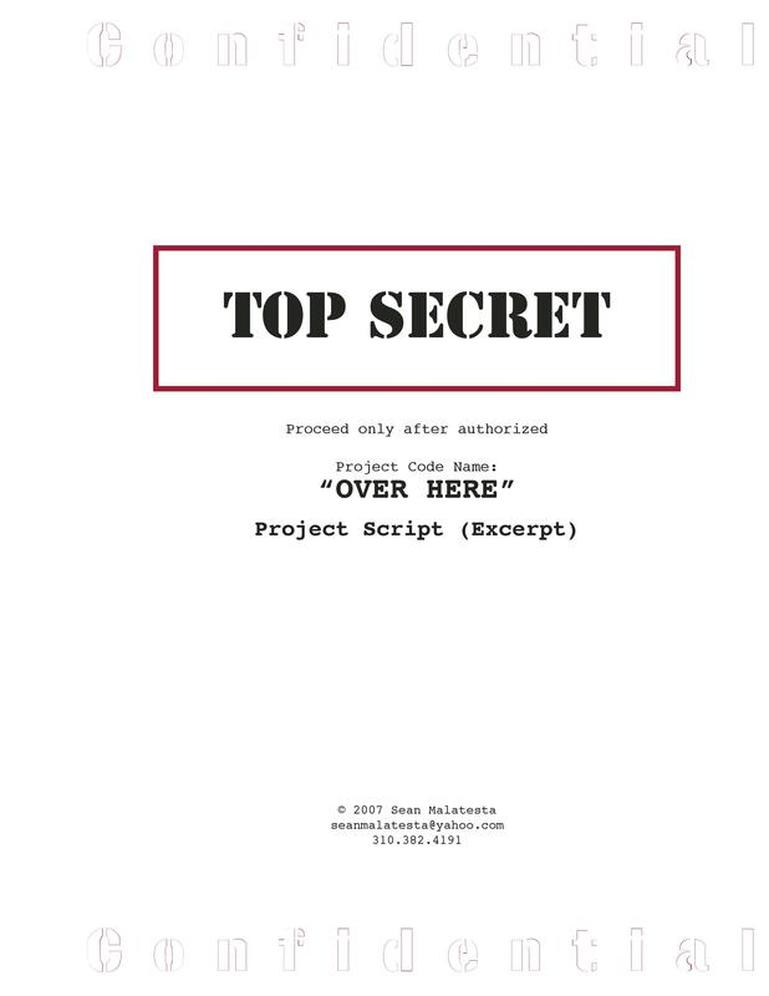 Rogers, in what is now the Rustic Canyon area of the Santa Monica Mountains. We learn this from the little radio in Sammy’s little office, along with a bit of news relating the massing of German troops on its border with Austria. Sammy and Maggie seem not to hear the report.

As Sammy scours, something catches Maggie’s eye. She reaches into the paper feed of Sammy’s 1933 Remington typewriter, pulls the single sheet from it. It’s the report, and Sammy’s been typing on its backside. He promptly apologizes for his hasty reprimand –- then asks her to accompany him to a Hollywood party that night. She refuses, but coyly; she offers him the possibility of a rain check.

Meanwhile, German national OTTO SCHMIDT, early 40s, ducks into a bar with German language signage. He is strong, good-looking, and dapper in his fine suit and fedora. A wider view of the bar and its surroundings reveal not a German strasse but a Mexico City calle.

Once inside, we see but a small crowd, all speaking German and drinking beer –- it is late morning after all. He orders a beer, in German, and spots two men at a back table. The three exchange knowing glances and Otto joins them.

We can’t hear them talk above the mixed din of the gathered crowd, Wagner and German folk music for that matter, but soon he leaves with a briefcase he didn’t have when he entered. He hops into a cab and off he is. Soon he’s at an airfield, where he boards a small plane, alone with the briefcase. Once seated, and the plane is rolling, he checks his watch. “Right on time,” he says to himself in English.

Back in Sammy’s office, he pounds away on his typewriter. Then his phone rings. It’s his contact at City Hall, BETTY ROBINSON, an average woman. She works in the records department, and informs him of the identity of the buyer of the Rogers property: Winifred Shepherd.

Sammy recognizes the name, but isn’t sure why. Then Betty tells him. The buyer recently inherited one of the largest fortunes at the time – and Sammy wrote a story on it! It seems his organized chaos is disorganizing his brain. He jokes he might have to give up the bottle.

Sammy gets in easily with his press credentials, and takes the long walk up the driveway of Charlie Chaplin’s house. It’s a star-studded party Chaplin’s throwing to promote his new movie The Great Dictator –- set to begin shooting the next month.

As Sammy, still rattled, makes his way to the bar, he spots ERROL FLYNN and JOHN BARRYMORE guzzling cocktails as if racing each other. He chuckles to himself and orders a drink, quipping to the black bartender that he needed one due to the near-accident, and since he didn’t have a date to keep him in line, why not get hammered?

Mulling and schmoozing and taking notes, Sammy has clearly begun to get wasted. A socialite he talks to points out a beautiful young woman across

the room: WINIFRED “Winnie” SHEPHERD, the heiress who bought the land from Will Rogers. She talks to a man who has his back turned.

Sammy approaches them and starts to introduce himself. The man turns. It’s WILL ROGERS. Sammy apologizes for interrupting, but they’re nice to him. They recognize his name when he mentions his column, and compliment him and tell him how often they read it, for it’s not a sleazy gossip bit like so many others.

Will Rogers soon complains that his drink is empty, when GINGER ROGERS approaches with another man. It is Otto Schmidt, and he and Ginger each carry two drinks.

Sammy congratulates both Winnie Stephens and the Rogers on their recent deal, when Otto chimes in about the “great plans” they have for the property. He claims they’re going to film his lower budget movies on the property, with hopes of later expanding as a studio. But something about Otto doesn’t sit right with Sammy.

Soon, the order of the evening is called by CHARLIE CHAPLIN himself, who gives a speech in a mock Fuehrer style about the dangers of Hitler’s growing power and announces his new film. He jokes that as soon as he finishes the screenplay he’ll start shooting –- at Hitler. He then makes a good-humored crack about all the problems David O. Selznick, who’s present, is having with Gone With The Wind. Selznick laughs and gives Chaplin the finger.

At about the same time, Otto is on set at a dingy sound stage. He sits in the Producer chair, next to his German director, as they watch a bad scene with uniformed German actors speaking bad English.

Back in Sammy’s office, he flips through his note book. He comes to the right page, which lists the name of Otto’s company: the “German-American Film Company,” and next to it “Murphy Ranch.” He grabs the real estate notice from the day before and picks up the phone again.

Moving trucks hurtle up a narrow, dusty road into the Santa Monica Mountains, led by several passenger vehicles, one of which contains Winnie Shepherd. Her American lawyer, BOB DAVIS, drives. Two other men we haven’t seen before are in the car, too, and speak English with German accents –- and German between themselves.

A short time later, Sammy’s old rattler climbs slowly the same route toward the new Murphy Ranch, stopping well before its iron gate, out of sight of the ranch. He walks to a point where he can see some parts of the ranch. He sees many workmen unloading the moving trucks.

To Sammy, the scene looks odd. Why? There’s hardly any furniture. But there are plenty of wood crates –- the kind that house guns for transport. Sammy doesn’t know what to make of it – then, surprised, it dawns on him. He races to his car and speeds away, a plume of dust behind him.

Little does Sammy know, but one of the men spotted him retreating. Soon, a car tails him, but Sammy’s still unaware. Back to paved roads down the hill, his mind races about the implications of what he’s seen. All seems normal as far as the drive, when all of a sudden he’s rammed from behind. A jolted Sammy looks into his mirror. BAM! He’s rammed again, forced into a three-sixty. The car hits a tree. His pursuers stop their car and hop out.

As Maggie tends his wounds, Sammy tells the police of his ordeal. He in- sists the police take him up to the ranch. They oblige, and soon they’re all on the way. Once they arrive, the place looks deserted as far as they can see. And they don’t have a warrant to enter the locked ranch gate. The police become skeptical and accuse Sammy of being drunk and crashing his vehicle on his own. They warn him against making false charges, especially against the wealthy, and imply he intended to seek monetary damages. Sammy protests, but to no avail. He is undeterred, but now knows the police will be no help.

Several days pass, and when we next see Sammy in his office, his face looks a lot better, but his pained ribs still give him pause. His little ra -

dio behind him spurts out a news story about Einstein coming to CalTech in Pasadena, but Sammy barely notices over the drone of his clacking typewriter. He rips the finished story from the Remington. Soon after he’s driving his beater up into the canyon once again. This time, however, he takes another route to get a bird’s eye-binocular view, out of sight of Murphy Ranch. He is shocked at what he sees.

Construction vehicles crowd the main area of the property, which holds a couple of small ranch houses. Earth movers and other heavy equipment are hard at work. The pace seems rushed, frenzied. Much work is getting done, and quickly.

Sammy makes for his car, which he finds unmolested. He heads back into town in his rickety ride, constantly looking behind him to see if he’s being followed. He circles the block near his office several times. He thinks he’s being followed and takes evasive measures. But the car he thinks is following him turns out to be a man and woman who appear to be lost –- a map in the lady’s hands. They pass him.

Once safely back in his office, he gets to work. He turns on his radio, to hear the repeated report of Einstein’s arrival at CalTech, and the reception for him that night at the Pasadena mayor’s residence. This time the report sticks in his head. Sammy leaps to his feet and races out of his offi ce.His editor, JERRY BROCK, grizzled at 50, talks on the phone at his desk. His office door ajar, Sammy knocks lightly. Brock waves him off for a min ute, turning his back to Sammy to look out the window. 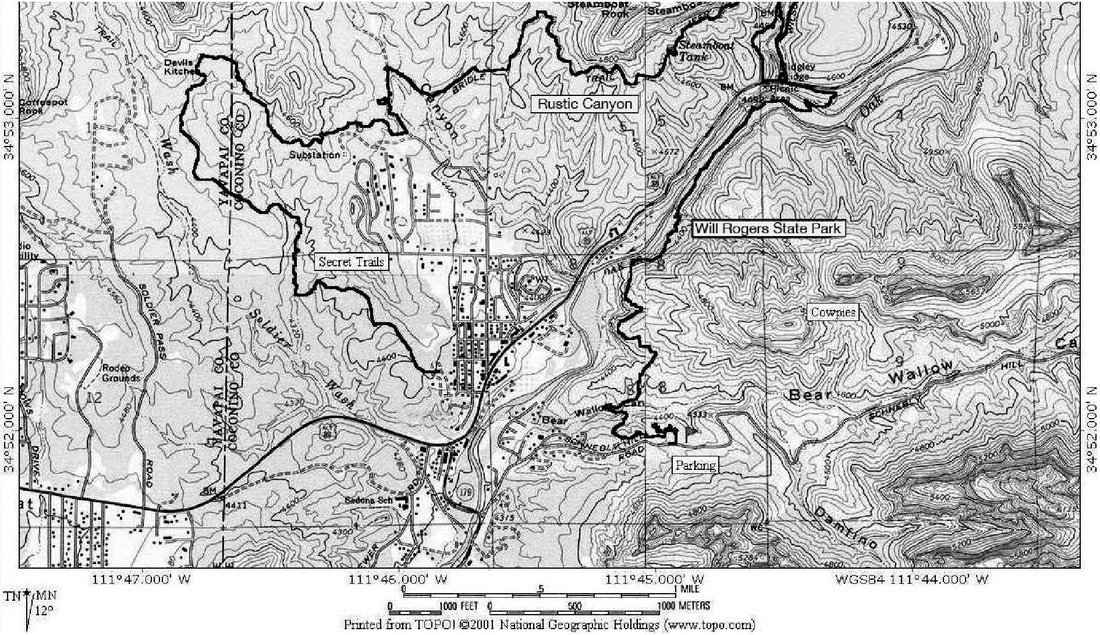